Leaf-ing Hunger Behind: Move For Hunger’s Multifamily Network Steps Up This Fall To Fight Food Insecurity

As the cooler weather breezed this September (is that pumpkin spice we smell?), our multifamily network was hard at work setting up their properties with donation areas to encourage their residents to join the fight against hunger.

September starts Hunger Action Month, a month-long initiative to raise awareness on the hunger crisis in America. Our network hosted over 65 Hunger Action Month food drives, collecting more than 10,500lbs of donations and providing 8,750 meals to those in need.

Goodman Real Estate
Goodman Real Estate had more than 25 properties host a Hunger Action Month Food Drive, collecting over 4,000lbs of donations! The Timbre Apartments and Arbor Pointe Apartments in Lakewood, Washington were the top 2 properties with the highest donations, each collected over 430lbs from their residents. Golden Services - Lakewood transported the donations from both properties to the Lakes Area Nourish Food Bank.

The Sienna Park Apartments weren’t very far behind, collecting over 415lbs of donations, providing more than 345 meals for the Northwest Harvest-Western Washington Food Bank in Renton, Washington. Thanks to CORT Seattle for transporting the donations!

Paradigm Management
Paradigm Management also encouraged their properties to host a Hunger Action Month Food Drive, and had over 10 properties sign on! Collaboratively, they collected more than 1,500lbs of donations, equalling 1,275 meals for those in need. The Meridian at Braddock Station collected the most donations, with over 400lbs donated, equalling more than 330 meals. CORT Washington D.C. transported the donations to the Arlington Food Assistance Center.

The Carlyle Place Apartments in Alexandria, Virginia came second, with 320lbs collected. This will provide more than 265 meals to the Arlington Food Assistance Center. Next, the Meridian at Grosvenor Station Apartments in Bethesda, Maryland over 175lbs of donations, equalling more than 145 meals for the Anne Arundel County Food Bank. CORT Washington, D.C. also transported these donations.

AMLI
AMLI SoCal had 7 properties participate in a Hunger Action Month Food Drive, donating over 750lbs of non perishable items. This will provide more than 625 meals to those in need in California. AMLI Lex on Orange collected the most amount of donations, bringing in over 175lbs, providing 145 meals. 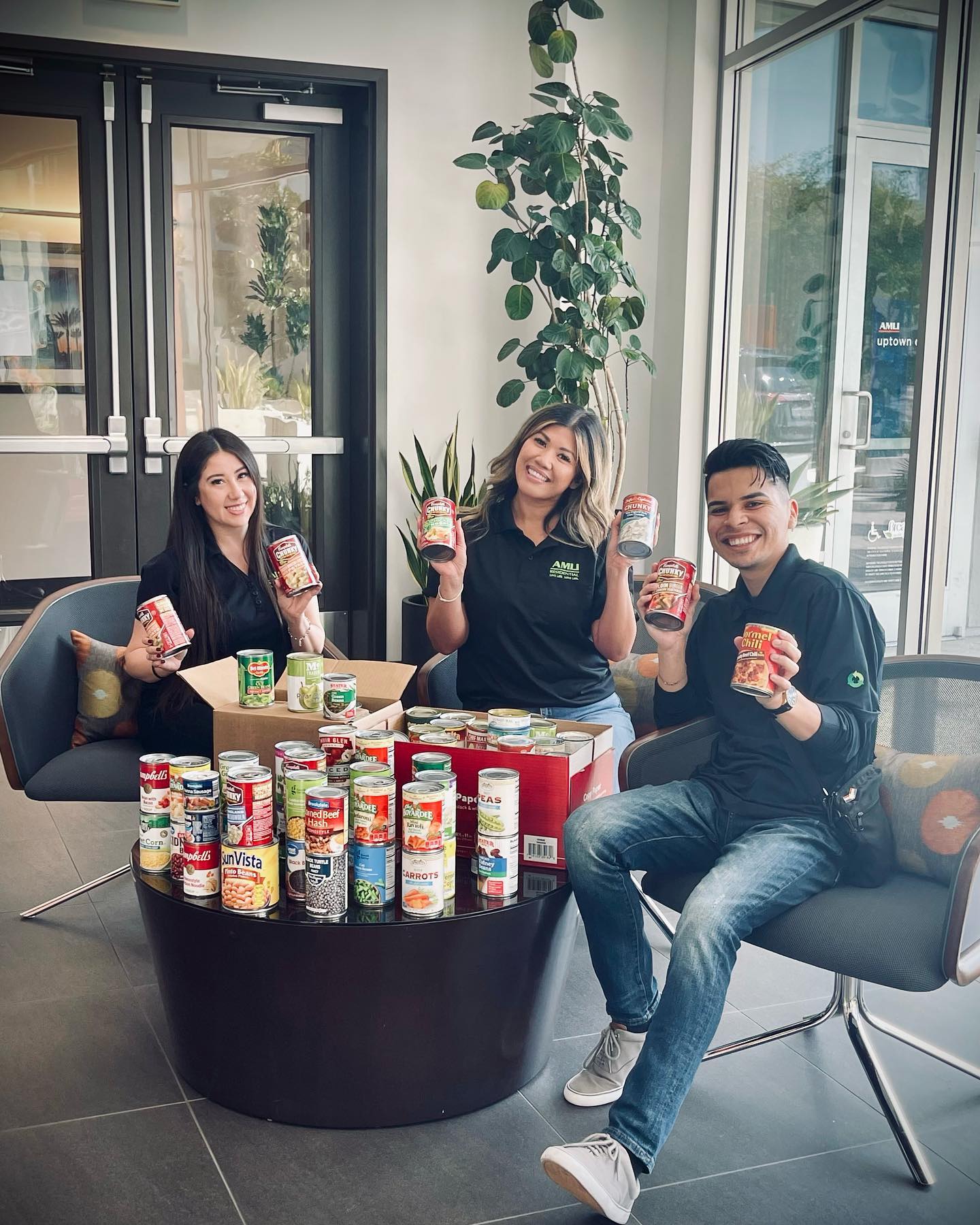 ​participated in the Atlanta Apartment Association’s annual Food-A-Thon from the beginning of August through October 31st. Greystar collected 1,525lbs of nonperishable items, equalling 170 meals for the Atlanta Community Food Bank. The first pick up was completed by CORT - Atlanta and was over 880lbs of donations, and the second pick up was more than 635lbs, completed by Davis Landscape.

We’ve also had our Trick or Can Food Drive campaign, with over 90 properties from IDM Companies, Monument Real Estate, MC Companies, Jefferson Apartment Group, and FPI Management hosting a food drive. We’re so excited to see their impact on food insecure communities this holiday season.

From Hunger Action Month to Trick or Can Food Drives to upcoming holiday campaigns, our network’s dedication to reducing food insecurity in their communities is inspiring. If you’d like to join the network, click here or sign up to become a monthly donor!