Over the past 12 years, we’ve continued to increase our impact almost every year and 2020 was no exception with our network transporting a record 5 million pounds of food. The momentum has continued into the new year as we’ve doubled the food we’ve delivered in the first few months.

This is a credit to our amazing movers who continue to make an impact in their community every day. Here are some of the highlights in food transports for the first few months of 2021. 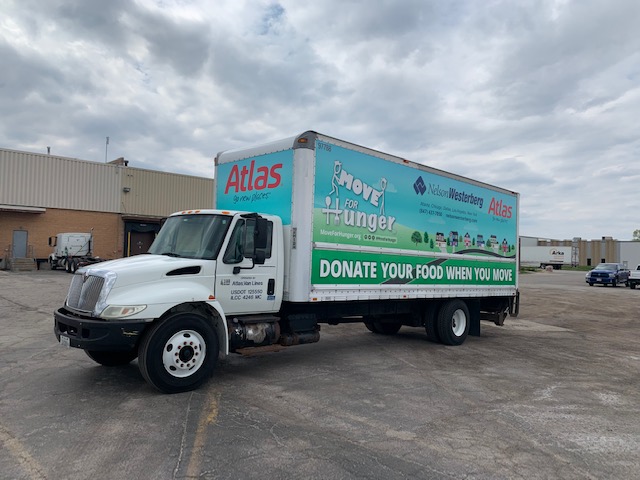 The second Nelson Westerberg food transport was on April 7. They delivered 4,825 meals to the Top Box Foods Chicago. Top Box Foods is a non-profit that offers a variety of different healthy foods at affordable prices. They strive to create equitable access to healthy, fresh, and affordable foods in Chicago's underserved, food-insecure neighborhoods. We commend Nelson Westerberg for working with organizations that strive to better their communities and fight for a more equitable world.

Nelson Westerburg of Illinois has been a partner of Move for Hunger since 2012. In the past 9 years, they have helped transport and provide nearly 270,000 meals to the food banks in Chicagoland where there are about 800,000 people going hungry. We thank Nelson Westerberg for helping their community.

Crown Relocations of New York has also recently completed two amazing food bank transports! On March 3, Crown delivered 3,257 meals to Heaven's Helpers Food Pantry near Newark. Later that month on March 23, Crown did a ChocZero food transport. ChocZero is a sugar-free chocolate and syrup food manufacturer that uses only all natural, GMO-free ingredients so the 7,500 lbs donated to the Touch New Jersey Food Pantry outside of Philadelphia is extremely healthy.

Crown Relocations New York, part of Crown Worldwide Group, has been a Move for Hunger partner since 2010 and has provided 280,000 meals to a variety of food banks across New York, New Jersey, and other metro areas like Philadelphia. While the number of food insecure individuals varies from state to state, on average roughly 1 in 8 people are going hungry in metro areas Philadelphia and New York City. We appreciate Crown’s efforts in helping reduce food insecurity in the region.

Carolina Moving & Storage, a Wheaton agent, completed a BackPack Buddies food transportation on March 20 for the Lowcountry Food Bank. BackPack Buddies is designed to provide children who experience food insecurity with pre-packed meals for the weekend, a time where they are not being fed by their schools. Carolina Moving & Storage has assisted monthly and so far this year, has transported 5,500 meals to elementary schools in South Carolina where 1 in 6 children are suffering from food insecurity.

Carolina Moving & Storage has partnered with Move for Hunger since 2013, providing 150,000 meals to the people of South Carolina. Thank you for your support and hard work to give back to your community. 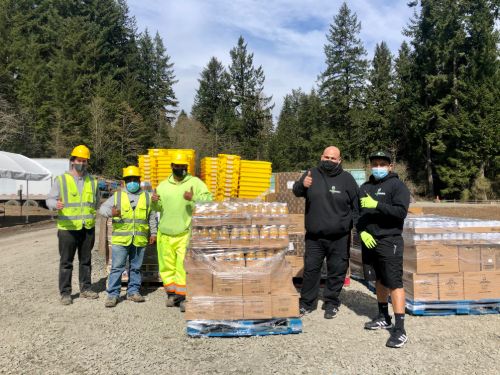 ​Eco Movers Moving, located in Seattle, completed not one but two awesome food transports in April! For the first one, they delivered 3,750 meals to the Farmer Frog Food Bank. Farmer Frog works with schools in the Washington area to develop and cultivate gardens to promote healthy environments. A week later, Eco Movers did another food transport to Farmer Frog on April 8, delivering 5,600 meals to the food bank.

Eco Movers is also an environmentally friendly moving organization who uses earth-friendly moving boxes and has been a partner of Move For Hunger since 2017. Its mission is to maintain a sustainable relationship with the environment and take proactive steps to protect the earth.

On March 9, Dunmar Moving Systems of Norfolk, an Allied agent, delivered 4,700 meals to the Society of St. Andrews Food Bank, located in Big Island, Virginia. About 10% of Virginia’s population is uncertain when and where they will be getting their next meal, and this number definitely has not improved due to COVID-19. Dunmar has tirelessly been working with Move for Hunger to fight this number. Dunmar has provided 4,800 meals to food banks across Virginia since our partnership has begun. 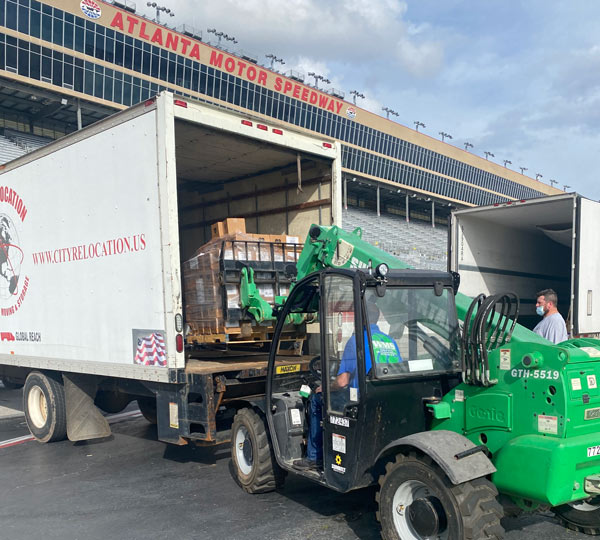 ​City Relocations LLC, located in Georgia, worked with the Publix Marathon 2021 on February 27 to assist with a race pick-up. This race pick-up consisted of chocolate milk, yogurt, and fresh fruit, all leftovers collected from the race! They collected almost 2,200 meals from this marathon and delivered them to the United Food Force Inc food bank. In Georgia, 1 in 6 children are struggling with food insecurity. We are grateful for City Relocations, providing close to 3,300 meals to those in need, since our partnership began in 2016. 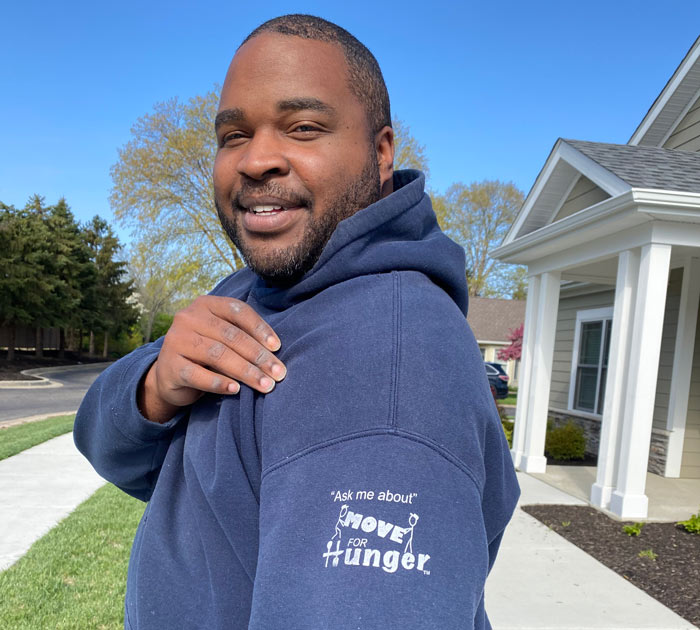 Want to make a difference in your community? Join our mover network or start your own food drive!

Paxton Van Lines Keeps it Fresh, naming them July’s Mover of the Month!
Thanks To This Spring's Effort From Movers And Other Companies, Meals Are Donated To Those In Need
No Fools Here! Nelson Westerberg & Copher Moving Support Local Chicagoans During April Foods Day
The Great Sweet Potato Rescue: More than 125,000lbs of sweet potatoes donated to North Carolina food bank