Last month several local real estate partners in Virginia teamed up to host a Trick or Can Food Drive. This is the featured food drive for October where we encourage folks to donate cans of food to their local food bank. 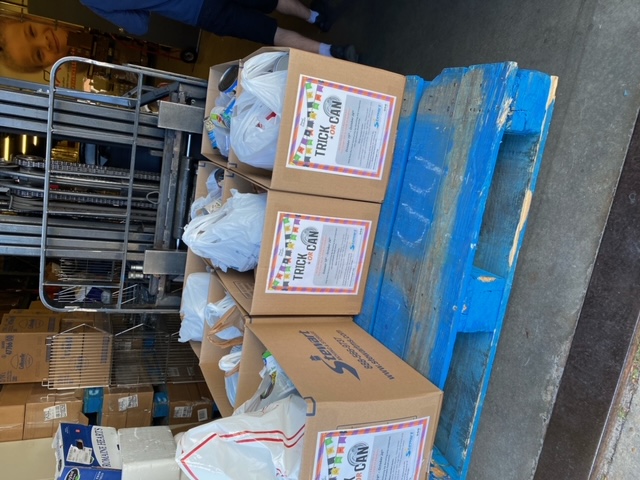 This is the second straight month that Steward Moving & Storage made a large transport. In September, they hauled nearly 11,000 lbs of food (almost 9,000 meals) to assist the Society of St. Andrew.

Those meals will go a long way in feeding the hungry in Virginia. There are nearly 1 million people that are considered food insecure in the state and over 125,000 that are served by the Foodbank of Southeastern Virginia of the Eastern Shore. Those numbers are expected to increase by about 50% due to COVID-19.

Interested in hosting your own food drive? Learn all about our new socially-distant Front Porch Food Drive.