For much of the world, 2021 was a year of rebuilding and adapting from the impact of the ongoing pandemic. Throughout the United States, food insecure communities were hit hard, with more than 42 million people and 1 in 6 children facing hunger every day.

Our team and network of partners, movers, and multifamily organizations recognized this need and stepped up, collecting and transporting more than 4.6 million pounds of food in 2021. This provides almost 4 million meals to those who need it most.

While we’re unbelievably thankful for each organization and partner that have helped us in the fight against hunger, five really stood out from the crowd.

Throughout 2021, Gentle Giant volunteered to help with weekly transports to the Bread of Life Food Pantry in Malden, MA from the Greater Boston Food Bank. They hauled more than 385,000 pounds of food during these transports, providing more than 320,000 meals to food insecure communities in Massachusetts.

Gentle Giant Moving Company has been part of Move For Hunger since 2015 and is based in Somerville, MA. Since becoming part of our network, they have collected and delivered almost 800,000 lbs of food, equalling more than 650,000 meals to their community! 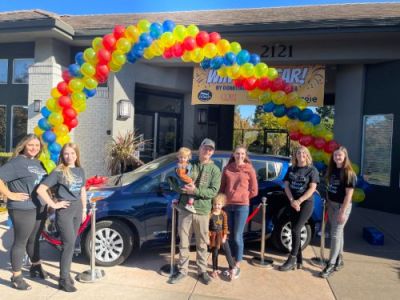 Community of the Year: The Meridian at Stanford Ranch (FPI Management)

The first FPI Management property to win Community of the Year, The Meridian at Stanford Ranch, located in Rocklin, California, also participated in another first for Move For Hunger in 2021.

During the first-ever Trick or Can Nissan Leaf Giveaway, FPI Management, Chargie, Move For Hunger, and CORT Furniture Rental teamed up to give away a Nissan Leaf. The Meridian at Stanford Ranch was the lucky property chosen to host the giveaway, where residents of the property were given one entry per five cans of food donated.

The Trick or Can Giveaway Food Drive collected more than 9,500 lbs of food, equalling nearly 8,000 meals, making this the largest food drive ever in our Multifamily program!

“We absolutely love the work that this organization does and the partnership that we have built. The cause and all of the people working behind the scenes are truly inspiring and amazing!” says Kyle Lehman, Regional Marketing and Social Media Manager, FPI Management.

The Meridian at Stanford Ranch joined the Move For Hunger network in 2018, and is one of 100 FPI Management properties in our network. 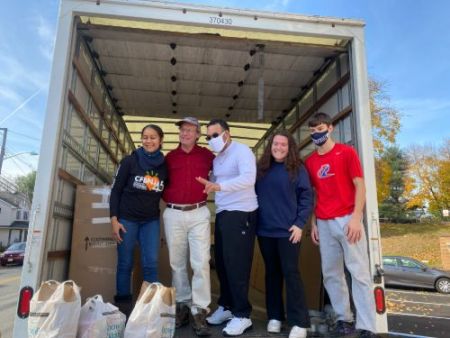 Partner of the Year: Nelson Westerberg

2021 was a big year for Nelson Westerberg and their offices in Illinois, Texas, and New Jersey, transporting more than 80,700 lbs of food, which equals more than 67,000 meals, collaboratively.

Nelson Westerberg of Illinois partnered with Top Box Foods over the holiday season to deliver nearly 20,000 meals of pre-made boxed meals to five food banks and food pantries in the Chicago area. Additionally, in April of 2021, they delivered about 5,000 meals from Top Box Foods to a local apartment complex.

Nelson Westerberg of New Jersey also stepped up during the holiday season, completing 4 pickups for the 21st annual Community Food Bank of New Jersey’s Turkey Drive, transporting over 13,300 lbs, about 11,000 meals, back to the food bank.

It wouldn’t be complete without a holiday transport from Nelson Westerberg of Texas, who transported more than 1,900 lbs of donations during Altair Global’s 2nd Annual Whoville-themed Holiday Food Drive and Fundraiser.

“Giving back is part of Nelson Westerberg’s mission that goes right to the top of our company," said Neil Picone, Director of Operations of Nelson Westerberg of Illinois. “Our Move For Hunger initiative has been and continues to be motivating.  We are inspired to take deliberate action to help curb hunger, supporting our industry’s primary giving organization, Move For Hunger."

Since Nelson Westerberg joined Move For Hunger’s network in 2012, their entire company has helped transport more than 650,000lbs of food (almost 550,000 meals) to food insecure communities.

Partner of the Year: Assurant

Assurant, a global provider of risk management products and services, has been an invaluable partner of Move For Hunger since 2019.

In 2021, they hosted their second annual Turning Miles Into Meals Challenge over the summer. More than 2,200 employees, separated into 44 teams, participated in socially distanced activities over the month’s long challenge including swimming, walking, running, cycling, yoga, and more. Over the course of the challenge, more than 128,000 miles were logged collectively and an incredible $128,735 was raised to support Move For Hunger - providing over 321,800 meals to those in need.

“Being there to help others especially in times of need and working to strengthen the communities we serve is the heartbeat of our Assurant Cares commitment,” said Mike Campbell, President, Global Housing, Assurant. “Our team’s enthusiastic support of the critical work of Move For Hunger is one more way we bring our purpose to life while also enhancing our own wellbeing by moving to end hunger.”

Since partnering with Move For Hunger, Assurant has provided nearly 900,000 meals to food insecure communities through fundraisers and donation matches. 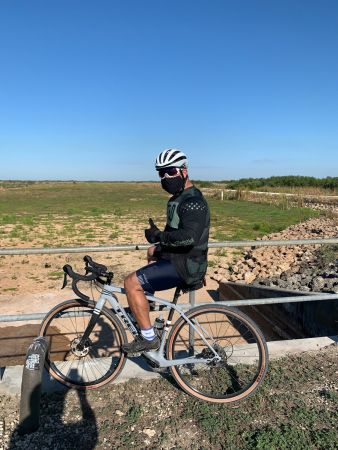 Weichert Workforce Mobility became an official partner with Move For Hunger in 2019 and has provided nearly 90,000 meals through donations to food insecure communities in the United States since joining the network.

In 2021 alone, Weichert helped place more than 48,000 meals on the table for hungry individuals, families, and seniors.

“(Being a partner with Move For Hunger is) a fantastic addition to Weichert’s current Corporate Social Responsibility efforts and most importantly allows us to do our part to help feed hungry people throughout the U.S.,” said William Vogt, Director, North American Operations.

We’re beyond thankful for each and every individual, organization, and partner that has teamed up with Move For Hunger in the fight against hunger!

Read more about our 2021 impact

Check out our 2021 Year in Review to learn more about our impact and how we’re ending hunger!. Ready to join the fight against hunger? Make a donation!