Now, this is an amazing example of making a huge impact on your first day. Associa knocked it out of the park with their first event, a national, company-wide food drive, and fundraiser!

From the first of August to the 31st, Associa, a national homeowners association that specializes in nationwide property management, held a food drive and a fundraiser that provided an incredible 40,000 meals to help those in need.  Between the fundraiser and food drive, Associa was able to bring in $10,865 (translating to 27,500 meals) and the food drive of 12,000 meal donations. 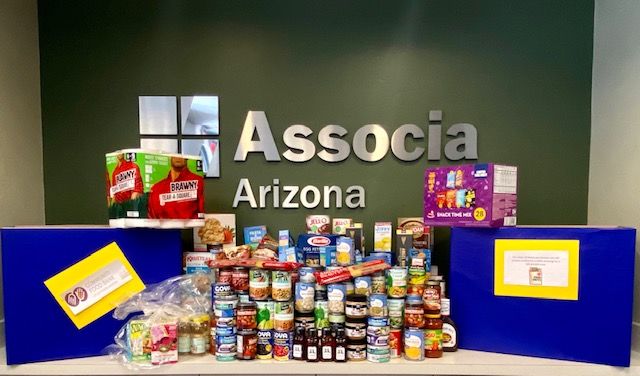 During the month of August, Associa held the food drive over 31 out of their 72 total locations in 50 states plus British Columbia. What makes this event so special is how this is the very first event that Associa has done with Move For Hunger.

Right now, the nation as a whole has about 42,000,000 people that are food insecure. That roughly translates to about 1 in 8 people.

With so much food being donated, Associa will take a small bite out of hunger. We are so glad and thankful to have been a part of this fundraiser and food drive. Want to help? Visit our Fundraiser or Food Drive page to learn more!