According to La Via Campesina, food sovereignty is “the right of peoples to healthy and culturally appropriate food produced through ecologically sound and sustainable methods and their right to define their own food and agriculture systems.” 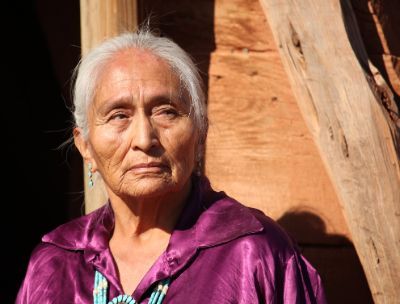 There are a total of 28 counties in America that are majority Native American, and 18 of those counties are considered high food insecurity counties. A large portion of this stems from above average unemployment and poverty among Tribal communities. Apache County, Arizona, home to the Navajo Nation and the Zuni and Fort Apache tribes, has an overall 22% food insecurity rate, the highest out of any majority Native American county in the United States.

Feeding America found the highest food insecurity rate in the US among children was located in Menominee County, Wisconsin. The projected food insecurity rate for children is projected to be over 34%. In 2021, Menominee County was composed of nearly 75% Native American and Alaskan Natives, and is among one of the 28 counties in the United States that are majority Native American.

A 2019 study from Berkeley University, found that Tribal communities in northern California and southern Oregon determined that 92% of Native American households suffer from food insecurity. This study also revealed nearly 70% of households never or rarely get access to the native foods they want, but the households who have better access to native foods had higher levels of food security.

Another aspect of food insecurity among Native Americans in tribal lands comes from lack of access to full-service grocery stores. For example, Navajo Nation, the United States’ largest Native American reservation, spans 17 million acres across northeastern Arizona into Utah and New Mexico and has only 13 grocery stores. If the reservation was placed over New England, it would cover most of Massachusetts, New Hampshire, and Vermont, and there are over 40 grocery stores in Boston city limits alone.

Due to limited income, employment, and resources, this is why many Native American families choose to stock up on cheap bulk foods that have a long shelf instead of buying fresh foods. Also, healthy and nutritious food tends to be more expensive on Native Reservations. Due to supply chain issues, environmental racism, and already inflated prices for food, nearly all foods tend to cost more on the reservations. Compared to nationwide rates, on average a loaf of bread costs 66 cents more, a lb of ground beef or apples costs 84 cents more, and a pound of tomatoes 63 cents more. But a bag of Cheetos averages 63 cents cheaper than the national rate.

Artie Yazzie, a community gardener from the Navajo Nation, who grows produce for his neighbors was interviewed for the New York Times and highlighted this problem, “We have these big old thirst-busters that cost 60 cents, and three people can share it,” he added, using a popular term for soda. “So we’re going to go ahead and buy that instead of the $3 water or milk.”  So, it’s no surprise that Native Americans or Alaskan Native adults are 50% more likely to be obese than non-Hispanic whites.

The lack of full service grocery stores comes from grocery store retailers not wanting to place their stores on poverty-stricken, rural reservations. Additionally, there are the expansive start-up costs to open a locally owned grocery store, where the funds simply aren’t available.

Food Insecurity and the History of Oppression

In the study, Poverty, and Health Disparities During COVID-19 and the Federal Nutrition Programs’ Role in an Equitable Recovery by the Food Research & Action Center (FRAC), it’s noted why disparities in the Native American and Alaskan Native communities are so drastic, and go so deep compared to other minority groups in our country.

“Disparities in food insecurity are a result of the structural racism originating with colonization and continuing to the present. Historical traumas have impacted traditional foodways, or the connection between culture, community, and the production and consumption of food. These traumas include the loss of food sovereignty from the forced relocation of AIAN people from ancestral lands, forced cultural assimilation policies, disrupted land management and fractionation, Tribal termination and land privatization, and the substitution of Native culturally appropriate foods with commodity foods. Barriers to obtaining Native traditional food include permits limiting access to hunting, discriminatory farm-lending practices, fishing or farming, and degradation of the environment, while barriers to buying healthy food include the lack of transportation and the higher cost of food in Tribal areas. Access to preparing healthy food is limited in those areas lacking electricity or running water.”

A-Dae Romero-Briones, Director of Programs, Native Agriculture and Food Systems at the First Nations Development Institute, has insightful thoughts on the societal factors that cause such high rates of food insecurity among Native Americans.

“Historically, Tribal Nations have developed community ecosystems, and societies and cultivated those institutions with their environments, whether that be on the coasts or the deserts southwest,” she said. “With the onslaught of settlements and later reservation and federal policies, Tribal Nations were forced into other areas of unfamiliarity through the reservation system. This forced relocation remains an underlying issue as Tribal Nations today are trying to cultivate their lands, learn their environments and adjust to the abrupt transitions. Imagine a thousand-year-old society moved suddenly and now forced to rebuild.”

The SNAP participation rate among Native households has rested at 24% for years - nearly double that of the general population. The USDA’s Food Distribution Program on Indian Reservations (FDPIR), which serves approximately 276 tribes and over 80,000 people, provides food to households based on the size of the family. In the past, the foods distributed have been poor in nutritional quality, but recently they’ve incorporated fresh veggies and fruit into the monthly packages, as well as locally or regionally sourced bison, wild rice, salmon, catfish, and blue corn meal. 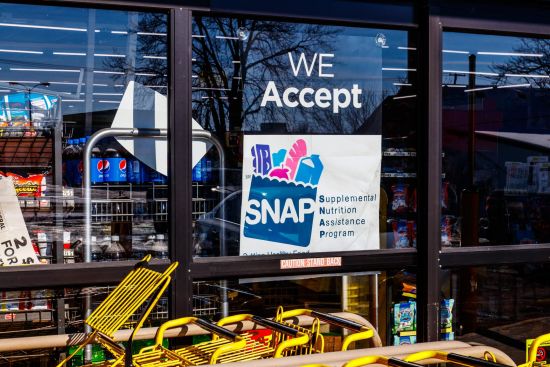 During COVID-19, Native Americans experienced higher case rates and more severe disease and death than any other group in America. The pandemic highlighted major gaps in the federal feeding systems put in place to support America’s tribal communities, starting with The Emergency Food Assistance Program (TEFAP). Tribal governments aren’t eligible as administrators of the program, which limits access to Native American households. However, organizations like the Montana Food Bank Network, Second Harvest Food Bank, Blackfeet Food Pantry, and Lumbee Tribe in North Carolina, have all partnered together to create food access for Tribal communities during COVID.

A combination of high rates of food insecurity, poverty, and little access to food with high nutritional value has caused the quality of health among Native Americans to plummet. In 2021, more than 18% of Native American children 2-4 years old were already obese and 21% of Native American high schoolers had obesity, the highest among all ethnic and racial groups.

Native Americans are also 2x more likely to have diabetes compared to white Americans which also is the major cause (2 out of 3) for kidney failure. The federal government tried to combat these high rates of diabetes by creating the Special Diabetes Program in 1997, however, the program hasn’t received an increase in funding since its inception. Over the last 10 years, type two diabetes has tripled among certain Native American tribal youth.

Considering their higher rates of illness and disease, access to healthcare is sorely needed in Tribal communities. The Indian Health Service agency (IHS) is the main provider of healthcare for Native Americans, covering 2.5 million in 35 states. However, as of 2017, 30% of Native Americans are unable to access quality healthcare, even though about half of the Native American population has low enough incomes to qualify for Medicaid, even with the expansion under Obamacare.

A majority of the lack of quality care stems from high poverty and uninsured rates among Native Americans, making access to care in private sectors nearly impossible - and when they are able to access private sectors, many Native Americans experience racism from the providers. This is an increasingly common problem in rural areas with few healthcare providers. Also, with broken treaties, the IHS is incredibly underfunded and unable to provide quality care to its 2.2 million-person caseload. Even though the Indian Health Service (IHS) fulfills treaty responsibilities, it neglects Native Americans who need the care the most due to congressional underfunding which limits the availability and accessibility of services.

“One of the major reasons that food insecurity has persisted over long periods of time is because of federal policies from the historical reservation policy to current federal policy, so one of the possible solutions to food insecurity is to allow Tribal communities to run their own feeding programs,” Romero-Briones says.

Native Americans and the Fight for Food Sovereignty

Today, many Native Americans still reside in protected reservations with limited land to grow their own food or hunt. This is due to the historic restrictive laws that prohibit Native Americans from hunting outside of their lands. The government instead sent the tribes large rations of sugar, fat, flour and other foods that lacked nutritional value. Participants in the 2019 study stated their desire for “strengthened tribal governance of Native lands and stewardship of cultural resources to increase access to native foods, as well as increased food self-reliance and support for home food production.” With a total lack of assets to be able to combat hunger on the reservations, Native Americans continue to face extremely high rates of food insecurity.

Overall, over a quarter of the United States Native American population experiences food insecurity. Food deserts are common among Tribal communities, and the health problems associated with limited access to healthy food are unable to be addressed by the lack of access to quality healthcare. Additionally, the average life expectancy of Native Americans is 5.5 years less than the overall US population.

With your help, we can help teach and educate others about the systematic barriers placed on our Native American communities. When people are knowledgeable about these issues, change can start to happen at a greater scale with a larger voice. At Move For Hunger, we believe that access to affordable, nutritious food is a right every American should have.

Please share this article on social media to spread the word about this significant issue. You can also learn more about how you can use your voice to help fight hunger.

Want to learn more about racial and ethnic disparities in hunger? Start here!